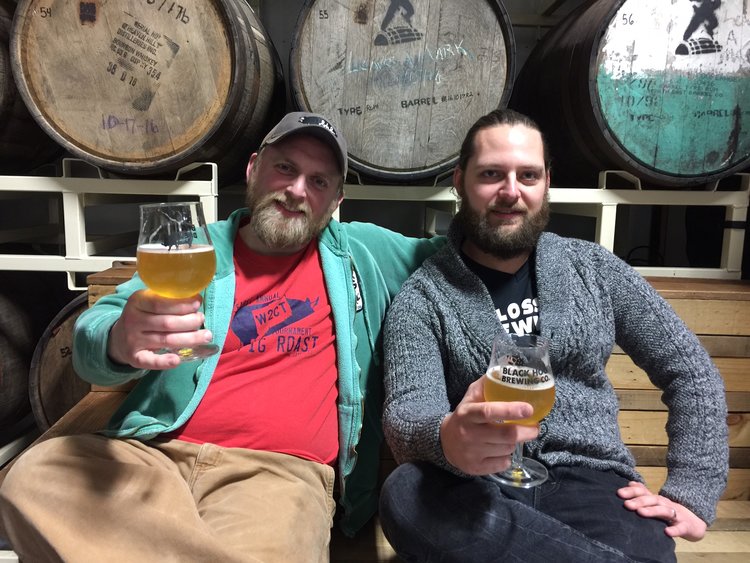 I’d like to introduce you to the best, shittiest beer in Connecticut.

“Marcell came to me wanting to make a beer for the guys who work hard in his kitchen. After their shifts, they usually drink PBR. So we thought, let’s make a craft beer but keep it simple with just hops and malt, and no additives,” explained Tyler Jones, a chemical engineer and the brewmaster at Black Hog Brewing Co. Marcell Davidsen, the Executive Chef at Community Tablein Washington, CT is the inspiration behind what he calls a “chef appreciation beer,” something that chefs can buy their kitchen staff as token of appreciation after a particularly difficult shift and an alternative to the mass-market additive-filled beer that is usually consumed.

The nose hints of lager, with a touch of fruitiness on the back-end. It’s just simple ingredients executed perfectly, similar to how Davidsen approaches his Community Table menu. The Yes Chef label, on the other hand, is anything but simple. The persimmon-colored can is littered with kitchen phrases written in block silver letters such as: “86,” “corner!,” “did you taste that?” “mise en place,” and “ja tak,” a nod to Marcell’s native Danish among others familiar (but entirely safe for work) phrases.

The public release of Yes Chef is today, Friday, February 10. There will be a limited distribution in Connecticut and it is available at Black Hog Brewery Co. in Oxford.