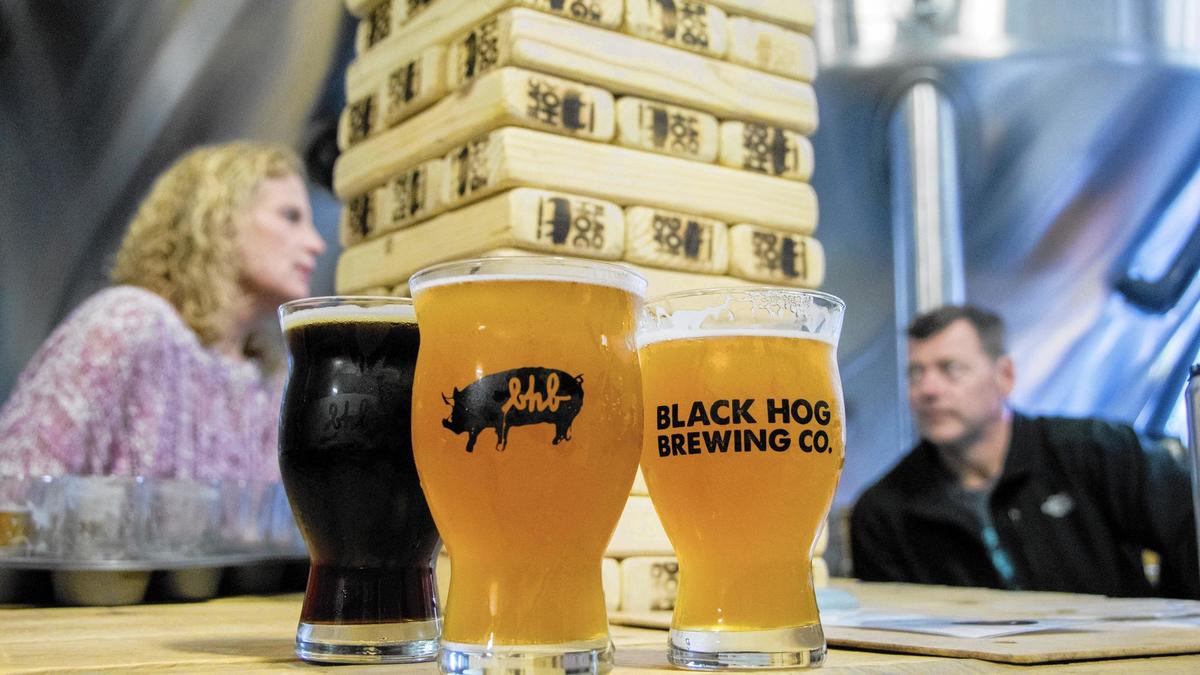 If it seems like a new brewery opens in Connecticut every week, that’s not far off — the state’s beer scene continues to grow at a rapid clip, with nearly 50 operational breweries and dozens more in planning and development.

We’re planning to tell the stories behind these local breweries and what you’ll find when you visit: core beers, specialty brews and sought-after releases; tasting room amenities, food trucks, special events and more.

Naturally, when cheese experts open a brewery, the beers’ tasting notes include a suggested cheese pairing.

Jason’s expertise in cheese is well-documented as the owner of Caseus Fromagerie & Bistro in New Haven. He says he became interested in beer, more than wine, while working at Formaggio Kitchen in Cambridge, Mass.

“I felt like cheese is already pretty highbrow, and people get apprehensive about it to begin with,” he says. “I would constantly watch people awestruck about how many cheeses there were, how expensive they are, how smelly they are, how weird-looking they are, how unpronounceable the names are. And so, you need to go to them and say ‘No, no, try this.’ You add wine on top of that, and people are intimidated. Beer to me always felt so accessible and so open, and so welcoming, casual.”

A brewery seemed to be a likely next step for Sobocinski and his brother, Tom, known for Caseus (and its associated business, Caseus Cheese Truck); and Ordinary, a craft cocktail bar in the historic former Richter’s space on New Haven’s Chapel Street.

The brothers became friendly with Tyler Jones, then head brewer at Portsmouth Brewery in New Hampshire, through his wife, Rachel, a Sobocinski family friend. When the couple visited her family in Connecticut, they would dine at Caseus and talk about beer.

Tom told his brother, “Look him up, he’s a very big deal,” Jason says. “In the brew world, Tyler’s a little bit of a celeb, he’s got some good creds.” Jones worked under well-known Portsmouth brewer Tod Mott, creator of Kate the Great, a world-renowned Russian Imperial Stout.

The Joneses wanted to move closer to family, and Tyler had dreams of opening his own brewery. The trio bought the former Cavalry Brewing business in an Oxford industrial park and launched Black Hog in 2014, named for Berkshire hogs, “the best hogs for slow roasting, in my opinion,” Jason says.

“We’re always looking to try something different,” Jones said. Inspiration comes from every angle, he said — S.W.A.G.’s flavor profile came about after he visited a friend’s house where a citrus-sage candle was burning. “Sometimes it just happens; sometimes you’ll drink a beer and it sparks something. … It’s hard for me not to just keep creating and making fun styles, because that’s how my brain works.”

“It’s been fun to be part of a brewery that set out from the beginning to make beers that were more about balance than anything else,” Jason said. “We have some wacky stuff out there, but that’s our experimental one-offs. These core things are meant to be drank with food. … [Tyler] cares that the beer is balanced, so you can have a great meal with it.”

PRICING: Flights of five-ounce pours are $8 for the top 8 non-specialty beers; $8 for a “funk flight” (four wild/specialty beers) and $16 for all of the beers on the list. A regular glass of beer is $5; a Disco Pig pour is $8.

SPECIAL EVENTS: Black Hog hosts its third annual Flag Day Cornhole Tournament June 11 at 1 p.m., a free event with the Rice and Beans and Hardcore Sweet food trucks. On Aug. 27, the brewery celebrates its third anniversary with a party from 1 to 5 p.m., featuring Chief Brody’s and Green Grunion.

Black Hog Brewing in Oxford, from the owners of Caseus and Ordinary in New Haven, focuses on food-friendly beers and wild experimental brews. Read story here.